Why is there an alternative start for the 2018 Bay to Birdwood?

A new venture for 2018 is the introduction of an alternative start at Civic Park, Modbury. Veteran vehicles (pre-1919) and military vehicles manufactured up to December 1959 are encouraged to start their Run there.

Vehicles will arrive at the park from 6.00 am and be waved off from 8.30 am. They will be arranged in special displays along with the military vehicles exhibited in commemoration of the centenary of the Great War. There will also be children’s entertainment and local community groups providing breakfast.

The alternative start in Modbury is optional. If entrants with veteran and military vehicles wish to start at Barratt Reserve they are free to do so.

Why is there an alternative start?

An alternative start has been discussed by the Bay to Birdwood Organisers for a number of years. A considerable proportion of the feedback from previous events showed that people were keen to have a start that was less taxing on the veteran vehicles. After extensive consultation with the veteran community we have decided to trial the alternative start for 2018.

We hope that the alternative start will attract more veteran vehicle entrants, as we have seen a marked drop in numbers since the beginning of the event and more significantly since 2010. 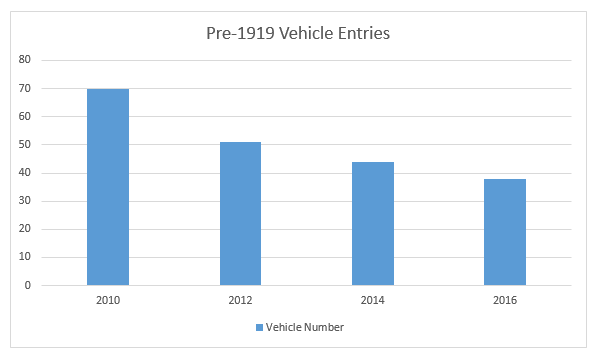 There may be other reasons that explain why veteran vehicle attendance is lower, but as the most frequent was that veteran owners are finding the full distance of the Bay to Birdwood too challenging, we thought we’d try and solve that one first.

The shorter route from Modbury to Birdwood (29.5 km) will decrease the ‘stop-start’ strain on veteran engines and allow the veterans to travel at their own pace without competing with newer vehicles.

Here are a few excerpts of entrant feedback from the last two Bay to Birdwood Runs:

“I think choice of the route should take into account the age of the vehicles involved. Too many traffic lights and level crossings!! My vehicle came close to boiling, some around me did.” Ross, Victoria, 2016

“The problem for the Bay to Birdwood is that it is becoming too difficult to get out of the city in one large convoy. Perhaps it is time to consider another alternative to “Bay to Birdwood”. What about “Mt Barker to Birdwood?”…The other problem we have is the age of participants is getting older, as are the cars.” Entrant survey 68, 2014.

“With Veterans getting older, fewer and harder to keep running, perhaps a shorter starting point, Tea Tree Plaza? This would also reduce the number of traffic lights to negotiate. These are the killer for vets.” Entrant survey 164, 2014.

“Many owner/drivers of VETERAN cars are now getting so old, that it is impossible for them to negotiate such a long and challenging route… This might be a clue to getting more Veterans involved – a “Run-Within-a-Run” – for older cars and drivers – eg Veterans do “Bay-to-Parklands” – this way the extremely old cars and their drivers don’t have to go the full distance, but still participate in the start and festivities.” Entrant survey 166, 2014.

Starting at the ‘Bay’, Barratt Reserve

Veteran vehicles that decide to Start at the bay will still be among the first to leave Barratt Reserve.

The Organisers truly want the Bay to Birdwood to grow globally and aspire to provide a great historic motoring event that all entrants enjoy.

We really appreciate your feedback, and strongly encourage you to continue sharing your ideas, this is YOUR event and we are listening! 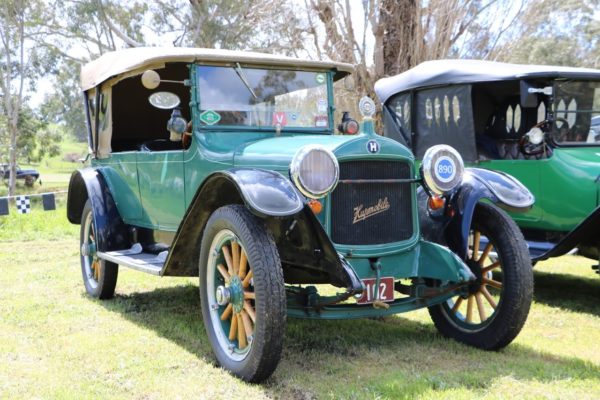