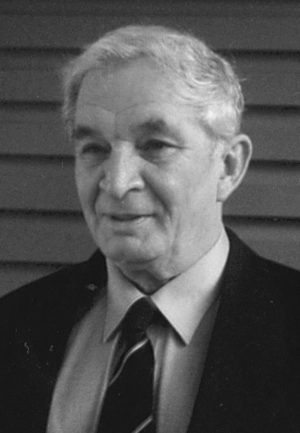 On behalf of the Federation of Historic Motoring Clubs of South Australia, the Bay to Birdwood Run Committee Inc and its partners, the History Trust of South Australia and National Motor Museum, it is with a sad heart that I inform fellow motoring history enthusiasts that a renowned figure in the historic vehicle movement, Arthur Clisby, has passed away.

Arthur was a strong supporter of historic motoring both at a state and national level. He was an active volunteer and tireless advocate for motoring heritage. He served the Federation of Historic Motoring Clubs of SA for 40 years. He had roles as President, Committee Member and Webmaster. Arthur also served for many years on the Bay to Birdwood and Motorfest committees. He, along with his wife Nola, in order to encourage country clubs and promote historic motoring organised historic vehicle tours to all areas of the state. On top of this they organised two highly successful tours to Canberra.

Arthur was one of the instigators of what is now one of the world’s great historic motoring events, the Bay to Birdwood. He served on the organising committee for several years, likewise for the annual fortnightly Motorfest.

Significantly, Arthur was on the committee that convinced the then government of the day in South Australia that conditional historic registration would be beneficial to historic motoring and to the Bay to Birdwood in particular. It was his idea to introduce logbooks to control authorised use of historic vehicles. This idea has since been adopted by all states and jurisdictions of Australia.

Arthur was the South Australian delegate to the national body, the Australian Historic Motoring Federation, for quite a few years. Amongst holding various committee positions he was its Public Officer for approximately 25 years.

Arthur’s success as an event and club organizer grew from hard work and personal warmth. He would carefully listen to others, astutely cut any issue to the bone and then argue the point using humour (often against himself) to defuse possible conflict. A voracious reader he would often quote from his favourite author, Terry Pratchett, in negotiations. He was a master of the Australian idiom but sometimes guilty of his own quip “why use one word when four will suffice”. We have used more than four to say farewell, but he deserves it.

Arthur’s funeral will be held at Centennial Park on Friday 16 February at 12.30